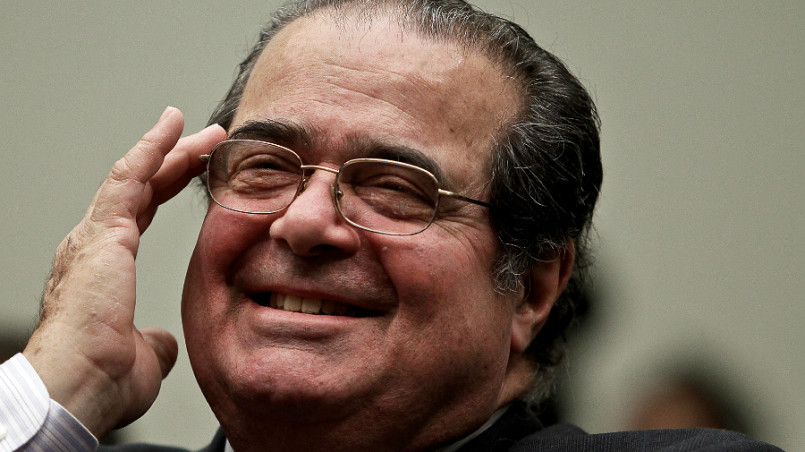 Hearing the news that Justice Antonin Scalia died came as a surprise. It made me think of the impact he had – on the nation as a whole and on me. As a young law school student, I was presented with several methods of interpreting the US Constitution. Scalia’s way of explaining his method was persuasive to me.  I liked that the method he advocated wasn’t driven by what is popular or by current fads or trends. He would say it is the only method that can withstand the test of time. He was a textualist. I think it is worth letting him explain in his own words what that means:

I am first of all a textualist, and secondly an originalist. If you are a textualist, you don’t care about the intent, and I don’t care if the Framers of the U.S. Constitution had some secret meaning in mind when they adopted its words. I take the words as they were promulgated to the people of the United States, and what is the fairly understood meaning of those words. [Source: Antonin Scalia, Judicial Adherence to the Text of our Basic Law: A Theory of Constitutional Interpretation, 1996].

“Today’s decree says that my Ruler, and the Ruler of 320 million Americans coast-to-coast, is a majority of the nine lawyers on the Supreme Court. The opinion in these cases is the furthest extension in fact— and the furthest extension one can even imagine—of the Court’s claimed power to create ‘liberties’ that the Constitution and its Amendments neglect to mention. This practice of constitutional revision by an unelected committee of nine, always accompanied (as it is today) by extravagant praise of liberty, robs the People of the most important liberty they asserted in the Declaration of Independence and won in the Revolution of 1776: the freedom to govern themselves.” [Obergefell v. Hodges, 2015]

Scalia: you will be missed.