Been working with a New Madrid family that has worked hard over the last several decades and have accumulated an estate that is likely to cause there to be federal estate tax when they die. They were anxious to determine what needed to be done to reduce the ultimate federal estate tax burden.

We had a fairly in depth discussion about the pros and cons of annual gifting to their descendants – and perhaps even the spouses of their descendants. In particular, they wanted to know if they could back-date transfers so that it would appear that the transfers were made last year – enabling them to reduce the value of their estate even further. I hated to burst their bubble, but I had to be the bearer of bad news. They could not, this year, do transactions that would appear to have been made last year or the year before. They thought, just maybe, that if the check was dated last year, that would be OK even though the check was deposited by the donee until this year.

That’s why it is so important that you get the education you need so that you can take advantage of tax reduction and other estate protection techniques that can be taken advantage of if you act early in the process.

Perhaps you are wondering, “What are the differences in the estate tax proposals for Donald Trump and Hillary Clinton?”

In its current pre-election form, an estate must pay federal estate tax if the estate has a net fair market value in excess of $5.45 million as of the date of death. The estate tax rate is 40%. Married couples can use certain estate tax planning legal strategies (such as the unlimited marital deduction and portability) to protect $10.9 million from the estate tax. 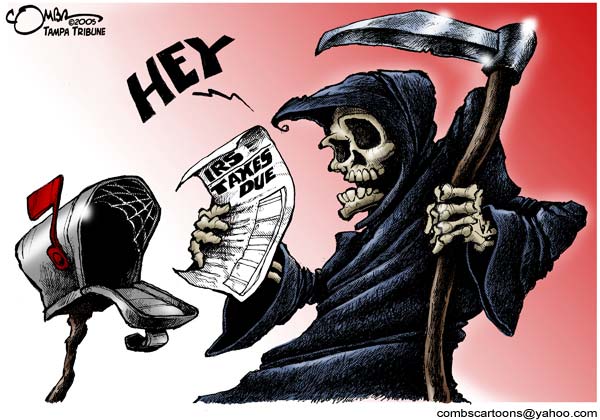 There are many benefits that both the government and the people recognize from a tax system that does not tax fair market value of assets as of date of death:

Feel free to Comment and share your analyses of the different estate tax proposals. The estate tax has been largely kept out of the limelight in the political debate between Hillary Clinton and Donald Trump.

The simple answer has 2 parts.

Each individual has an “annual exclusion” that allows them to give $14,000 per year to any number of individuals, without paying any gift tax. That means a wealth grandmother can give her 3 kids $14,000 each and each of her 7 grandchildren $14,000 each. The grandmother could give $140,000 (or more), each year, with no IRS reporting requirements.

The issue becomes for gifts above $14,000. Gifts above $14,000 begin to apply to your “lifetime exclusion”. In 2016 the lifetime exclusion is $5,450,000. That is a large amount of money and does not apply to most people. However, if you make a gift above $14,000, you must report to the IRS using a gift tax return when you made the gift and the amount of the gift so it can be deducted from your lifetime exclusion. I have yet to meet anyone who enjoys reporting additional information to the IRS. By keeping gifts to $14,000 or less and giving to multiple individuals, you avoid those reporting requirements.